FLOWER MOUND – This was my third beer-pairing dinner at Local Pint, and again the kitchen and staff proved themselves consistently outstanding. The courses offered this evening did put to rest a nagging suspicion, as the prior two events had largely if not exclusively featured courses only with pork. 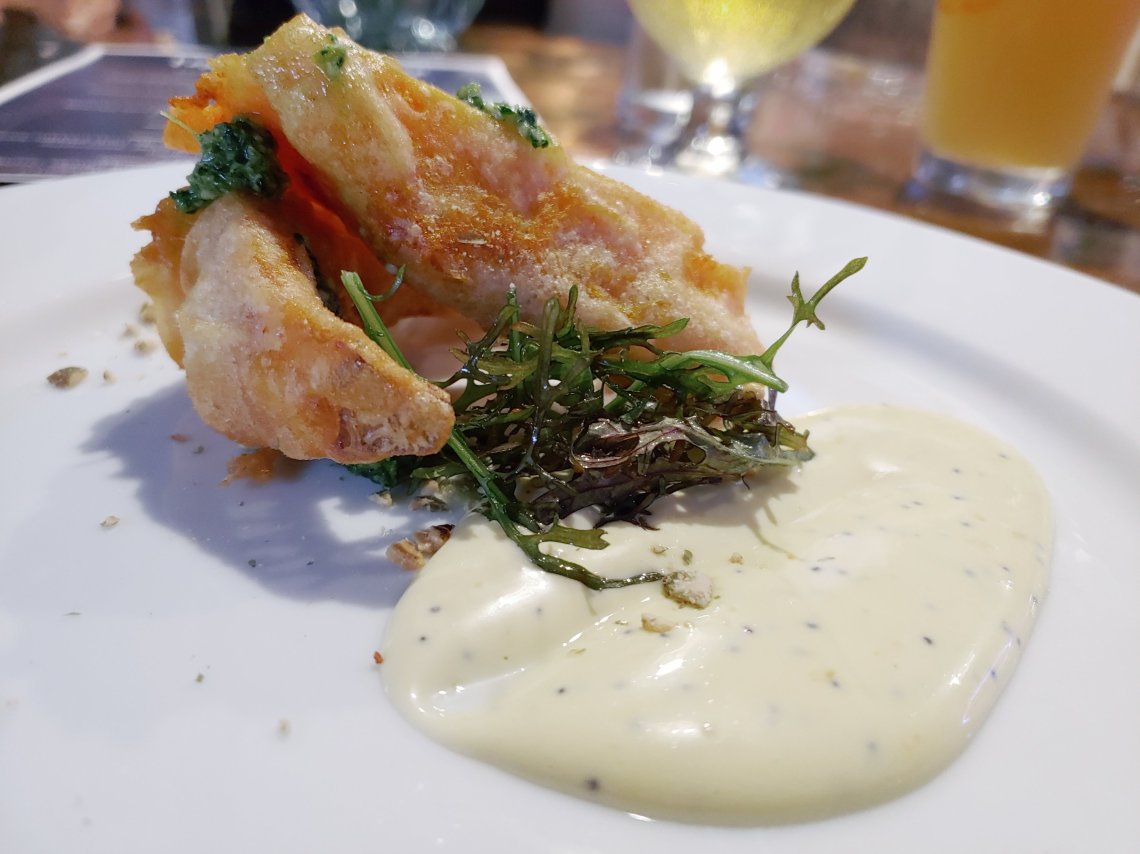 Instead, tonight’s meal featured a much more balanced menu, still expertly executed. The housemade pasta stuffed with roasted duck and tagleggio was perfectly toothsome, swimming in a clarified duck broth. The tempura honeynut squash with citrus-poppyseed aioli (my personal fave) was unexpectedly creative, as was the celery sorbet as a palate cleanser. And of course, the cocoa-rubbed short ribs on stone-ground polenta was tender enough to slice with a stern comment. 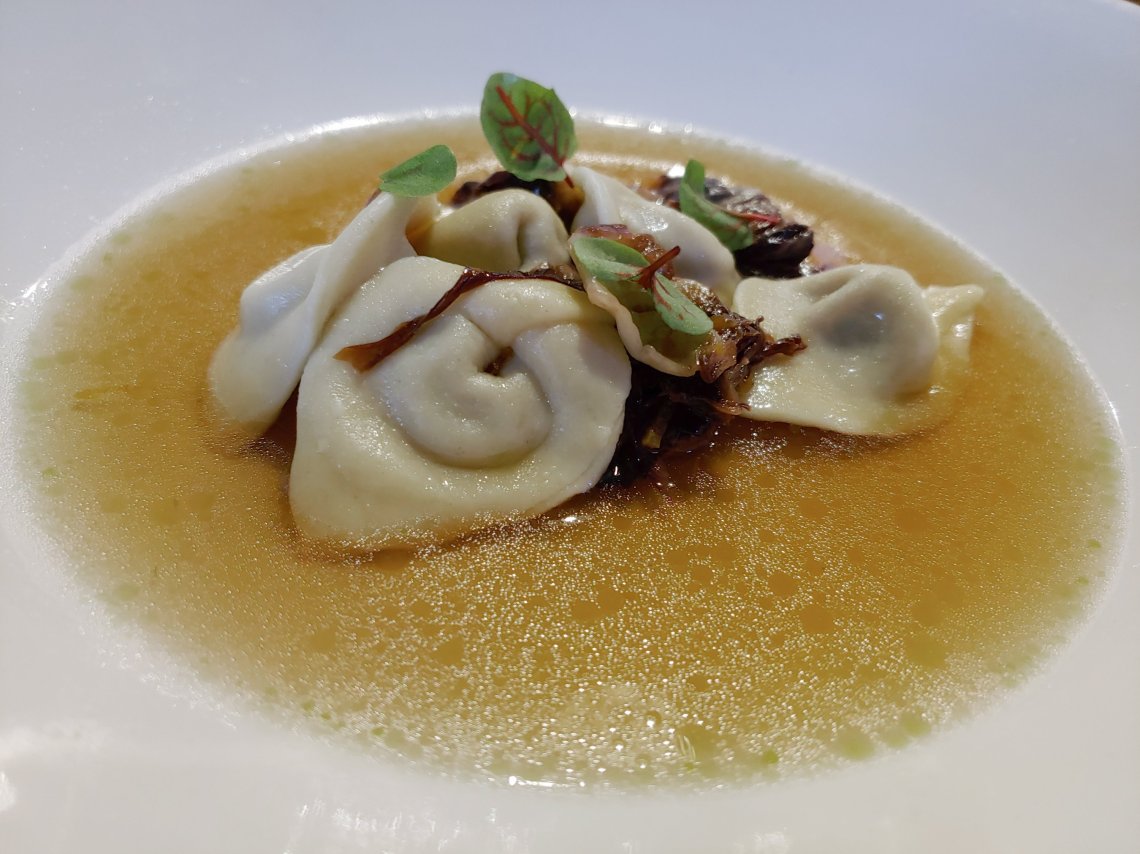 Tonight’s paired brewery was one of Dallas’ newest, Celestial Beerworks. Owners and brewers Matt and Molly Reynolds were present to host a rather impressive range of beer styles from their freshman brewery, up to and including a custom Berliner weisse mit schuss.